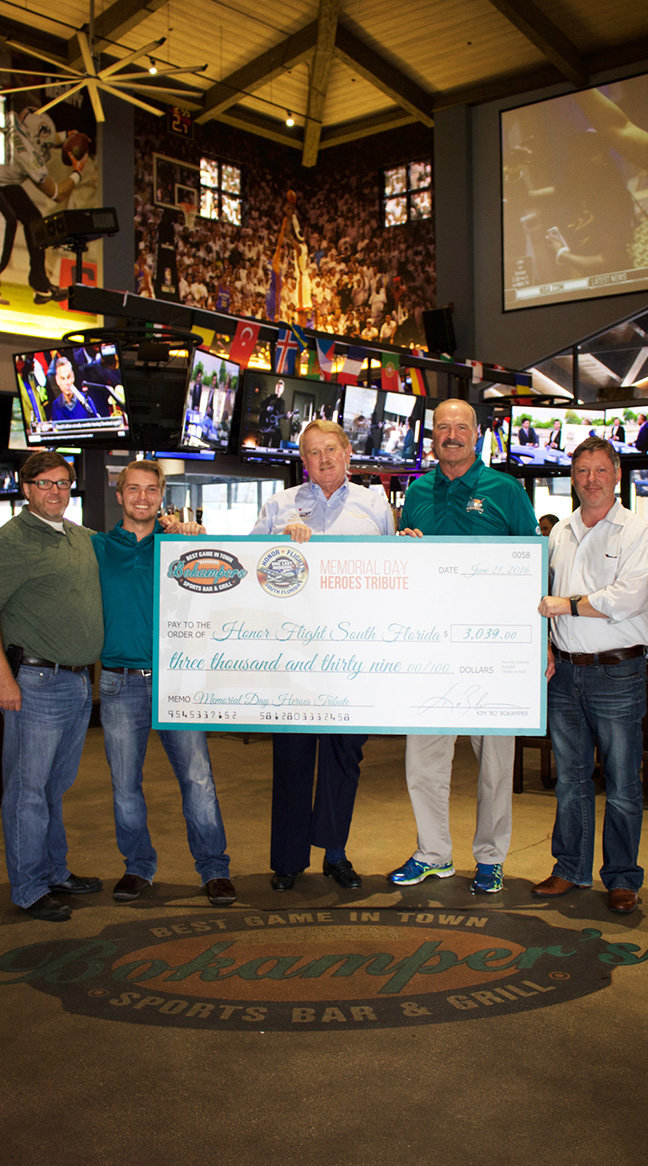 Helping every single veteran in America, willing and able of getting on a plane and a bus, visit their memorial.

Top priority is given to America's most senior heroes — survivors of World War II and any veteran with a terminal illness who wishes to visit THEIR memorial. The program will naturally transition to Korean War, Vietnam War and all other veterans who served, on a chronological basis.

Since America felt it was important to build a memorial to the service and the ultimate sacrifice of her veterans, Honor Flight South Florida believes it's equally important that they actually get to visit and experience their memorial.

"We can’t all be heroes. Some of us have to stand on the curb and clap as they go by." - Will Rogers

Bokampers are excited to partner up with Honor Flight South Florida to help raise money and awareness for the foundation.